No Kangaroos in Austria

As far as first impressions go it is hard to top the baggage claim at the Vienna International Airport, where, upon our arrival, giant posters advertised Monet and Klimt exhibitions across the city. That is how we will remember Vienna, as a city of art and culture. After checking into our hotel we took an evening stroll around the neighbourhood. Even in this little area, far from the city centre and under a dark angry sky, it felt like we were in a painting. The colourful, uniform buildings, the perfectly clean and empty streets, the hum of conversation in each restaurant we passed by. It was hard to believe real people lived their lives in such a laid-back state. 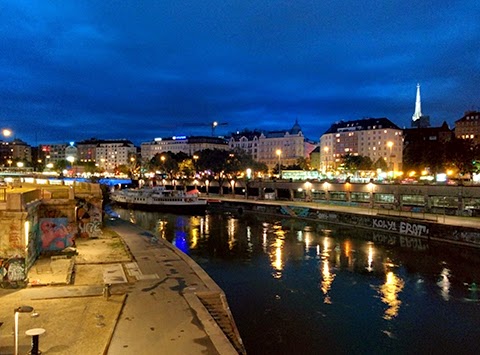 It was still raining the next morning so we carefully planned a route to the subway, aiming to minimise our time spent exposed to the elements without an umbrella. Luckily there is a rather extravagant hat and umbrella shop in the underground mall at Karlsplatz. We purchased their cheapest offering and hopped back above ground for a delicious breakfast, confirming that Vienna has not only great architecture but also great food.

The Kunsthistorisches Museum was the first of many art museums we would visit, and is easily one of the most stunning, lavish buildings we have ever seen, both inside and outside. It is a shrine filled with works by the most famous names in art history, and yet it was neither crowded nor noisy. We purchased a teddy bear reproduction of Bruegel's The Hunters in the Snow to remember our visit, not that we were worried about ever forgetting such an impressive collection.

In search of the most Viennese café experience available we cautiously entered Café Sperl and sat down without being seated. Our waitress was, as promised, a little grumpy. The sachertorte, sausage and coffee were, also as promised, delectable. For the afternoon we sedately explored the historical Belvedere palaces, with their interesting mix of modern and classical exhibitions. Continuing the local cuisine trend we visited restaurant Figlmüller for dinner, a commonly recommended destination for foreigners looking to get a plate of schnitzel. And what a massive plate it was. We probably did not need to order the big salad accompaniment. 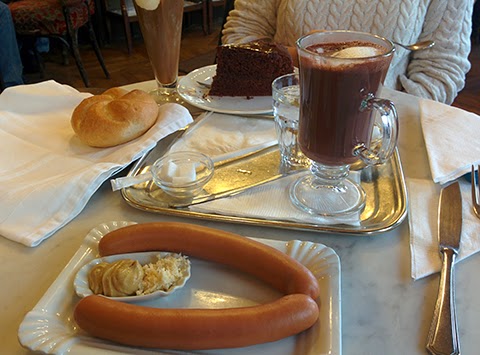 Bratislava, the capital city of Slovakia, lies only an hour east of Vienna, making it a very convenient day trip. We journeyed on an early bus and were at St. Martin's Cathedral, the cathedral of the Roman Catholic Archdiocese of Bratislava, by mid-morning. We walked around the entire of the quirky Old Town area of the city, lead by a very friendly local tour guide. The atmosphere was tranquil, with little more than foot traffic shuffling between the various courtyards and squares. In the afternoon we spent a few hours alone exploring more of this beautiful place, and enjoying the cheapest beer we have yet to find on this planet. We returned to Vienna by catamaran along the Danube, which let us see the many fishing shacks that line the river.

Our penultimate day in Vienna was spent marching a large loop around the central city, hitting many landmarks along the way, including the Austrian Parliament Building, the Hofburg Palace, and the Volksgarten that sits in between them. These sights were all radiant and inspiring in the perfect sunny weather. After lunch we took in a huge Egon Schiele collection at the Leopold Museum, located in the incredible public space that is the Museumsquartier. There was even a little bit of Klimt on display to top it all off. 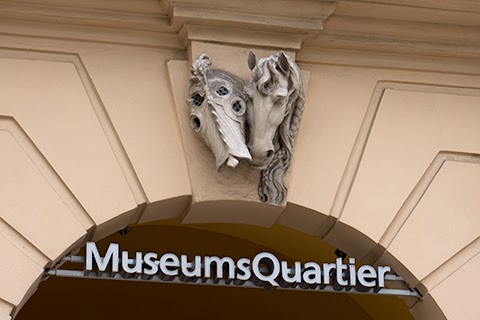 After checking out of our hotel the next day we caught the subway to a stop near Schönbrunn Palace, a former imperial residence that boasts 1,441 rooms. We were only able to view a fraction of the inside, but it was exactly as opulent as you would imagine. There was plenty to do and see around the grounds, including a zoo and a charming strudel show. At the top of the hill we rested by the Gloriette structure, which offers a brilliant view of the palace with the city stretched out behind it.

In our final evening we were drawn back to the Museumsquartier, this time not for art but for relaxation. Live chamber music filled the air as we laid back and watched the clouds drift by. We departed Austria that night by train, eager to meet our next destination but already missing the contented ambience of life in Vienna. 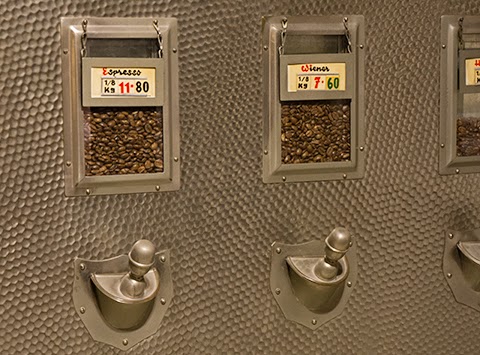 Please check out our Vienna photos here, and our Bratislava photos here.
By ES-SS at 12:26 pm
Email ThisBlogThis!Share to TwitterShare to FacebookShare to Pinterest