It's a Long Way to Ithaca

We started our stay in Ireland the way many Collins family visits start: meeting Mum on the platform of a train station. The weather in Tipperary was surprisingly warm, not at all like the Ireland we were expecting. This was Stephen's first trip to Ireland and Capparattin, the farm in Donohil where my mum and her siblings grew up and where my grandmother still lives with her tropical fish, five feral donkeys, and a chubby Great Pyrenees cross named Milo.

After the bustle of London we were glad for the chance to relax on the farm, where life moves at its own pace. There were ten of us in the house by the time we arrived, and it was lovely to spend time with family members we don't get to see all that often. We celebrated Gran's 80th birthday with a big afternoon tea in the sunshine of the back garden, politely declining the homemade poitín offered by neighbour Pat. 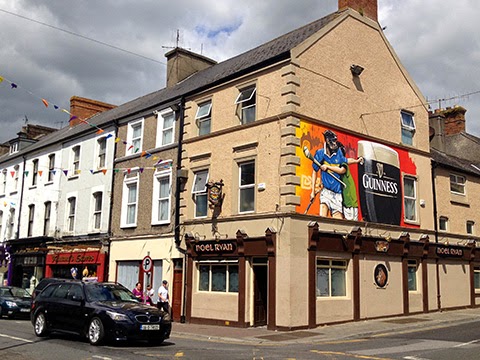 On Tuesday morning we took the train up to Dublin to get a taste of the capital. After a hearty Irish breakfast, white pudding included, we headed to North Great George's Street, home of the James Joyce Centre. We had both finished reading Ulysses earlier in the year and were eagerly anticipating the centre's Lestrygonians-themed walking tour. We were not disappointed. Escorted by a very knowledgeable young man with red hair, round Joyce glasses and a charming Donegal accent, we followed in Bloom's footsteps, tracing the path he weaved through the city on June 16, 1904. Dublin is very different now to how it was 110 years ago, and the numerous construction sites we had to detour around indicated that change would continue for some time yet. Even Molly Malone had been shifted from her usual spot on Grafton Street to make way for the new Luas tram line. 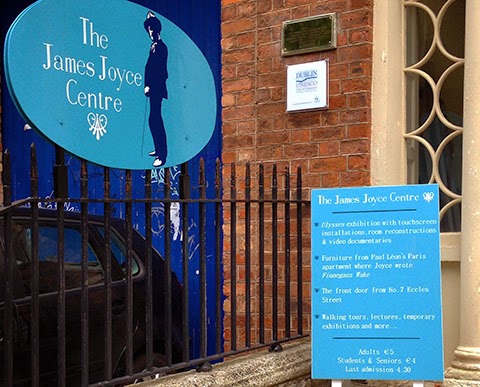 Despite the competition from the jackhammers we thought the Joyce tour was fantastic, and we had much to talk about as we headed back to the hotel to get cleaned up before our big plans for the evening. Restaurant Patrick Guilbaud is Ireland's only two-star Michelin eatery, proudly representing Irish haute cuisine on Upper Merrion Street since 1981. The dining experience was quite different from Restaurant Gordon Ramsey – apparently the Irish were unable to find an equivalent for the chatty Frenchman we encountered in London – but no less lavish and enjoyable. This time we decided to leave our wine choices in the hands of the sommelier, which turned out to be an excellent decision, particularly regarding the whites he selected to accompany our entrées. By the end of the evening we were stuffed with suckling pig, fried quail's egg, duck foie gras with ice cream and peanut-chocolate brittle, rabbit, halibut with red curry, chocolate tart with bourbon ice cream, and a chocolate self-saucing pudding with stout ice cream. After three glasses of wine and a cocktail each we were also a little bit tipsy, and so in true Leopold Bloom style we toddled back across the city, this time paying homage to the Eumaeus episode.

The next day there were clouds on the horizon (that's the Ireland we know and love!) as we walked down to Trinity College for a look at the Book of Kells. Dublin is not as overrun with tourists as other European capitals, but if you do want to find the foreign visitors, this is where they'll be. Our next stop was the Guinness factory, which ended with a welcome pint on the top floor, granting us an excellent view of the rain we would shortly be walking through to get to the train back to Tipperary. 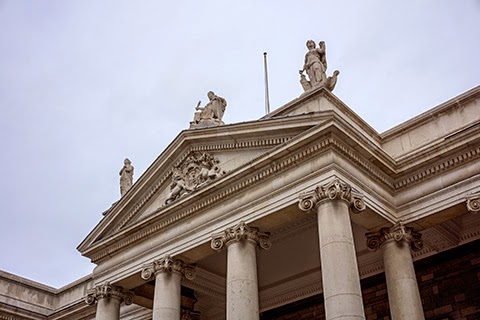 The rest of our photos are available here.
By ES-SS at 12:49 pm
Email ThisBlogThis!Share to TwitterShare to FacebookShare to Pinterest