As we left behind a still and sunny Wellington, we joked that the weather in Europe would be lacklustre in comparison. Someone must have heard us, because it was pouring down when we reached London, the first stop in our month-long summer vacation.

Our taxi ride from the airport was notable not just for its expense but also for the ramblings of the driver, who had us questioning whether it was his accent or his lunacy that hindered communication. The rain had passed by the time we arrived at our accommodation in Clerkenwell, so after a much needed shower we headed out for a mid-afternoon stroll along the river. We saw the usual sights: the London Eye, the Palace of Westminster, a procession of nudists numbering in the hundreds. We never did work out what they were holding up traffic for, but the police seemed happy enough to escort them. 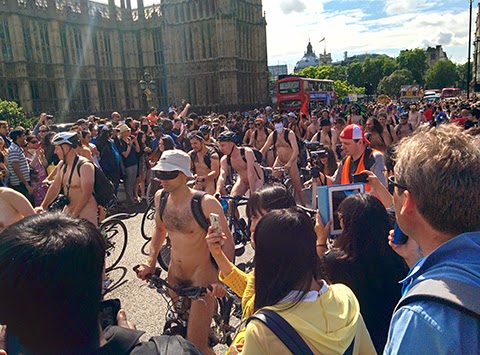 With a destination in mind we descended to the Underground, Oyster cards at the ready. The journey went about as well as one would expect; that is to say the line was discontinued after three stops and we ended up walking the rest of the way, pausing occasionally to cough up soot. It was late afternoon when we reached the leather shop in Brick Lane where Emma hoped to purchase a handmade jacket for a reasonable price. Lined from floor to ceiling in leather there was no shortage of styles to choose from. When we asked to try a smaller size the owner disappeared down a staircase that had previously been completely hidden by the stacks of merchandise. He returned a few minutes later with the perfect fit.

The next morning we awoke to our room bathed in sunlight, the noise of honking cars and ambulance sirens having subsided. It was as peaceful as it ever got during our stay. We walked westward in search of breakfast, but with it being so early on a Sunday morning our options were limited. We quite accidentally stumbled through Shaftesbury Avenue and Chinatown. At the National Gallery we admired a large statue of a blue rooster, fortunate to see it in peace before the crowds of tourists descended to climb all over the lions. From there we moseyed on down the Mall and took in the beautiful Victoria Memorial and Buckingham Palace.

Our plan was to meet a friend and spend the day as tourists, but at 10am he called to let us know he had just arrived home from the pub and could understandably do with some sleep. We spent the rest of the day at the V&A, the Natural History Museum and Harrods, each sporting their own brand of wonders. The three of us had a delicious dinner at Hakkasan, a Chinese restaurant just off Oxford street. 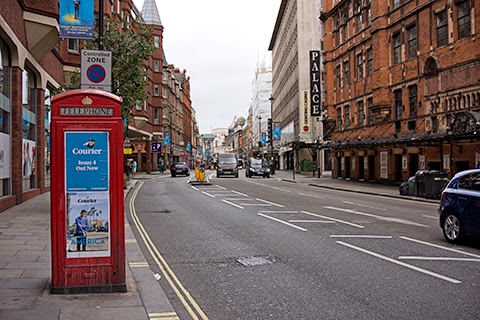 To those in search of good coffee, the internet suggests the Prufrock Café on Leather Lane, a trendy little place where the regulars all follow a silent ordering etiquette. We managed to make it out with a flat white of the highest calibre. From there we walked along Fleet Street, passing the Royal Courts of Justice, and into Trafalgar Square, where we waited for the National Portrait Gallery to open. Inside we were particularly taken by a William Beechey portrait of actress Sarah Siddons wielding a mask and dagger.

As noon approached and our ever-present craving for quesadillas peaked we made a beeline for Wahaca, a Mexican restaurant with several locations around the city. The atmosphere was great and the food, of which we sampled half a dozen small dishes, exceeded our expectations. We dedicated the afternoon to the National Gallery, Stephen's most anticipated check-box on our ambitious list of things to do. After four hours of breathtaking art we threw in the towel, having only covered half the collection. The rest would have to wait, as we had a dinner reservation to make across town.

Tayyab's, a busy Punjabi restaurant in Whitechapel, had us in and out of our seats in less time than we had spent gawking at Leonardo's muscular babies. No complaints about the meal though, it was fresh and spicy and the mango lassi was the best we'd ever had. The surrounding area was an interesting change of pace, and felt like a separate community to the parts of London we had experienced so far. 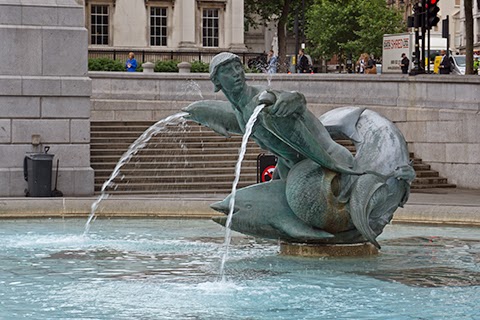 Tuesday was spent shopping on Oxford and Regent streets, and polishing off the National Gallery. We once again met up with our friend for dinner, after which we all descended into the Nightjar, a high-end cocktail bar with a great reputation. With live piano music, a friendly waitress, and the most creative menu one can imagine, we gladly kept our seats until closing time many hours later. It is hard to choose a favourite drink, as we tried a lot, but the Alchemist's Brew, a whiskey and rum concoction served in an exotic copper tank, was certainly the most impressive.

We hit the next day at full steam, starting off at St Paul's Cathedral. As iconic as the exterior is, it pales in comparison to the wondrous view from inside. Up the spiral staircase we went, all the way to the Golden Gallery. The weather was clear enough for us to get a great look out over the city, and make plans for where we would head to next.

Across the Millenium Bridge we peeked in at the Globe Theatre, before heading to Borough Market for lunch. We shared a tasty chicken pie and slab of rocky road, and were even lucky enough to find a place to sit. Just around the corner we discovered the Old Operating Theatre Museum. This eerie attraction is packed with curiosities, mostly morbid, and the operating theatre itself is a real slice of history. We took the long way back home, past the HMS Belfast, across Tower Bridge and around the Gherkin.

Months earlier we had made a reservation at Restaurant Gordon Ramsay, one of only two three-star Michelin restaurants in London. We arrived a bit early and walked a few blocks around the intimidatingly posh area of Chelsea. The dining experience was a real treat, from the attentive and friendly staff to the out-of-this-world cuisine. Upon discovering that we were Kiwis, the French host made sure to shower our rugby team with praise. He was even kind enough to offer us a tour of the kitchen, before finishing our night off with a free (second) dessert, in celebration of our honeymoon. 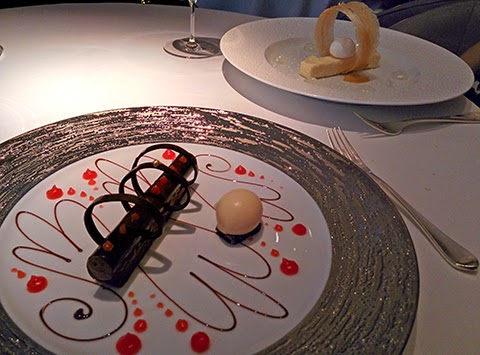 Thursday began with some quality black pudding at the Delaunay. From there we burrowed through a horde of tourists to get a closer look at the Houses of Parliament and Westminster Abbey. That evening we experienced the dazzling sights and sounds of the musical Wicked at its home in the West End's Apollo Victoria Theatre. Afterwards we experienced a not-so dazzling drunk woman shrieking and swinging about our tube carriage.

The next day we went in a different direction, catching a bus south of the river to a Tesco on Old Kent Road. There we picked up an eclectic assortment of snacks and made our way slowly across town to Hyde Park. It was lovely weather for a picnic and a walk around the Serpentine, accompanied by plenty of ambitious squirrels. That evening we were treated to excellent Italian food and even better conversation with Pauline and Ian at 2 Veneti in Marylebone.

For our last full day in London we decided to take a little excursion. From Westminster Pier we caught a boat ride up the Thames to Greenwich. It was a memorable trip not just for the scenery but also the informative and colourful Cockney commentary. We headed up through Greenwich Park to the Royal Observatory, an exceedingly pleasant walk that ended with a stunning view of the Queen's House, the National Maritime Museum, and the Isle of Dogs. Back down the hill we did a bit of shopping, picking up a few gifts and a leather jacket for Stephen.

We were up bright and early the next morning to catch the Heathrow Express en route to our morning flight to Cork, Ireland. So long London, until we meet again. 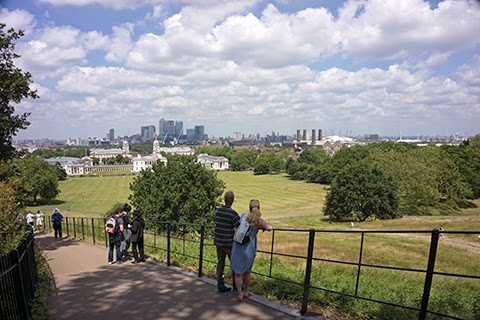 Please click here for the full photo album.
By ES-SS at 1:40 pm
Email ThisBlogThis!Share to TwitterShare to FacebookShare to Pinterest