Our Korean summer has ended rather abruptly. Temperatures have dropped to the low and manageable 20s, and we are currently in the midst of a third minor typhoon, bringing ever more rain. Now is the prime time for tourism in Korea, and we intend to make the most of it. Before we even came to Korea we were aware of Jeonju, the capital city of our province which lies just an hour east of us by bus. The most famous attraction in this pleasant city is its Hanok village, featuring traditional Korean dwellings which are built according to the baesanimsu principle, in which the ideal house has a mountain to its back and a river in front. Jeonju is also famous for its local version of one of our favourite Korean dishes, bibimbap, which we made sure to devour for lunch. 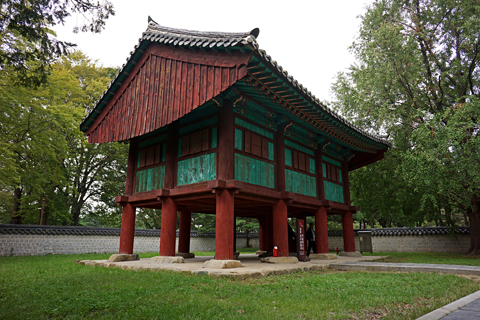 Since the beginning of the year we had been planning a trip to the Hanok village, but kept putting it off in favour of other, more remote destinations. Last Saturday we finally hopped over to take a look, and found ourselves in the middle of a sori festival. There were musicians and other performers dotted in between the shops and market stalls, and although the festival appeared to be well supported the streets were not uncomfortably full. We took our time wandering amongst the old but colourful and well maintained buildings, enjoying the relaxing weather and surroundings. On the way out we picked up a bag of delicious walnut cakes and so concluded our quickest and easiest tourist outing to date. 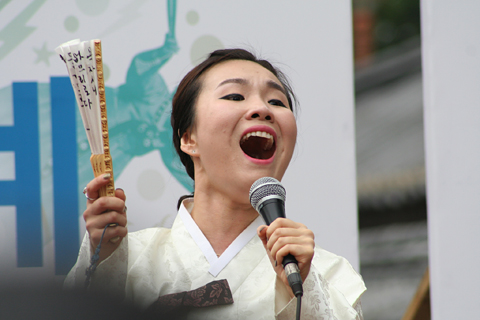 Here's the photo album.
By ES-SS at 5:26 pm
Email ThisBlogThis!Share to TwitterShare to FacebookShare to Pinterest