The Old and the New of Seoul

Dinner time this past Friday found us munching on toasted ham sandwiches and enjoying the view out over the green mountains behind the bus rest stop which marks the halfway point between Gunsan and Seoul. The hostel we had reserved a week earlier was conveniently located in the Hyehwa district of the capital city, where we had spent several nights back in March during the EPIK orientation course. With only a single familiar subway transfer to remember we arrived in good time and checked in. A young woman who spoke excellent English lead us a few blocks from the hostel offices to a traditional Korean house situated down an alleyway behind a cafe just off a bustling main street. The building was old, but charming. Unfortunately the double room we had booked had somehow been given to a different couple earlier that day, so we ended up in the twin next door. These things happen, and we were pleasantly surprised to find the abode had its own detachable shower head above the sink, sparing us the inconvenience of the shared shower facilities described on the booking site.

Bang on 8:40am Saturday we were picked up from the hostel and shipped off to begin a full day tour of Seoul. We were the only English teachers on the excursion, the rest of the group being either tourists or businessmen. Sally, our guide, was very friendly throughout the long day and kept everyone moving forward at a good pace. There was a lot to see, with the lineup including six points of major cultural significance. Our first stop was just across the street, at the chief temple of the Jogye Order of Korean Buddhism. The lanterns, ancient trees, and three giant golden Buddha statues all looked radiant in the summer weather. We even learnt a bit about the associated history and rituals; one of the many benefits of having an educated tour guide. 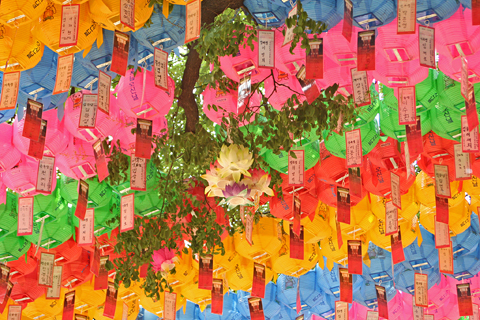 From there we hopped onto the air conditioned bus which took us to Cheongwadae Sarangchae, a recently opened historical center full of information about Korea and its past and present leaders. This was only a short stop, with the real destination being the nearby Gyeongbok Palace. While walking between these locations we were lucky enough to see a large group in costume rehearsing for a memorial march that would be taking place in the city that evening. Before entering the palace we were treated to a distant view of the Blue House, where president Lee Myung-Bak sometimes resides. Gyeongbokgung itself is an exquisite sight which we walked through peacefully, enjoying the keenly maintained buildings and gardens. The history of this palace is a familiar one; it had been burned down by the Japanese long ago and since rebuilt, several times. Less than half of its former glory remains, although the restoration work is never ending. When we finally reached the other side of the sizable grounds we were just in time to catch the colourful and musical 'changing of the guard' ceremony. 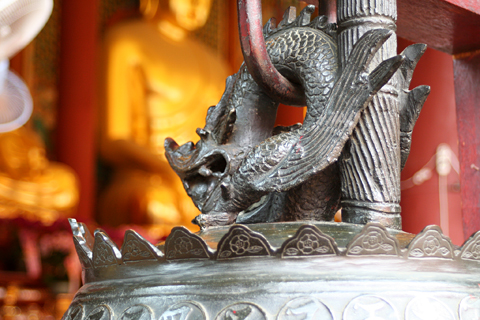 Lunch gave us a chance to talk to a few of the other guests on the tour, and share some of our knowledge of Korean dining etiquette. The bulgogi was delicious, as it always is. As the temperature hit 33°C it was time to kick off the afternoon schedule, which we had been assured would be easier going. Changdeokgung, another of Seoul's 'Five Grand Palaces', was first on the dessert menu. Sadly we were not able to get a look at the famous gardens hidden behind the enormous walls, as that requires a separate tour by itself. To finish off the trip we were taken to two less traditional but nevertheless integral parts of the Seoul experience, the Insadong and Namdaemun street markets. We picked up a few souvenirs for ourselves as well as friends and family, and that concluded the packed outing just shy of 5pm. 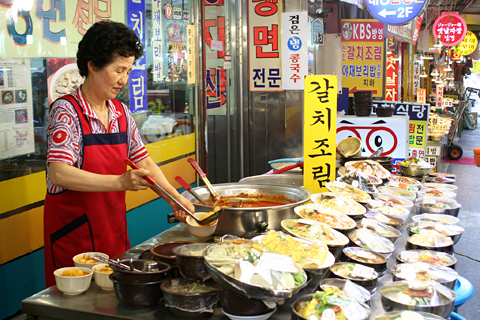 Our plan for Sunday was a simple one: get to Lotte World amusement park and ride a bunch of roller coasters. This plan was almost thwarted by confusing signage which left us sitting outside what certainly appeared to be the entrance but in reality was far from it. Eventually a security guard instructed a group of children to lead us to the correct location, which was underground and through part of a department store. Odd, even the kids looked lost at times. We kicked off our thrill seeking with 'The Conquistador', a pirate ship ride that had us almost floating out of our seats as it swung back and forth 180 degrees; the perfect way to get the adrenaline pumping. The queues were not too long and the heat proved manageable. The 'Atlantis' and 'The French Revolution' (named for its multiple 360 degree loops) rides ended up being our favourites. All in all, Lotte World was a fun experience and our necks are still stiff. That must be good, right? Back to Gunsan!

Check out the full photo gallery here.
By ES-SS at 7:49 pm No comments:
Email ThisBlogThis!Share to TwitterShare to FacebookShare to Pinterest

Gunsan at a Glance

Last Saturday guest English teachers from around the area were invited by the local education board to gather at the Gunsan Modern History Museum for the 2012 Modern Cultural Heritage Tour.

Our morning began with an address from Mayor Moon Dong-Shin, who through a translator outlined the basic shape of our adopted city's history. Gunsan did not escape the notice of the Japanese during the 35 year colonial period, and the port was relied upon heavily for the export of great quantities of rice to Japan until 1945. 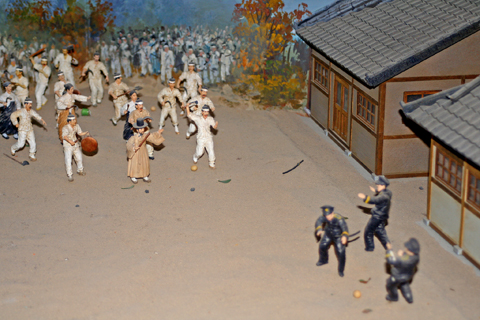 Mayor Moon spoke of his aspirations for the city and a desire for the area to move on from the past. Koreans have a very complicated relationship with the Japanese, the intricacies of which I could never hope to represent adequately here. It is fair to say however that the occupation continues to cast a deep shadow over the community - on more than one occasion I have had students launch into loud and lengthy tirades against the Japanese upon the merest mention of their eastern neighbours. With this in mind it was interesting that as well as the old customs house, the historical attractions chosen for the tour were a Japanese Buddhist temple and the Japanese-style Hirose House in Shinheung-dong. 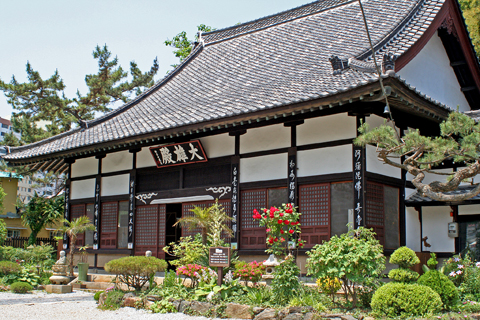 Click here for the full photo gallery.
By Em at 9:58 pm No comments:
Email ThisBlogThis!Share to TwitterShare to FacebookShare to Pinterest
Newer Posts Older Posts Home
Subscribe to: Posts (Atom)