Right now I have less training than the average untrained guest English teacher in Korea. Not only have I never taken a course on teaching English as a second language (such as TESOL), but I have also not completed the week-long training course that all EPIK teachers have supposedly endured before they begin teaching. You see, Emma and I arrived in the country on the final day of the February intake course, which covers teaching methodologies as well as surviving in Korea. As a result of our involuntary tardiness we have been scheduled to take the second run of this 'orientation' course in Seoul starting March 21st. Staying in Seoul for five nights will surely be wonderful, but I fear that the seminars may be too late for us as by then we will be relative veterans of both teaching and living in Korea. 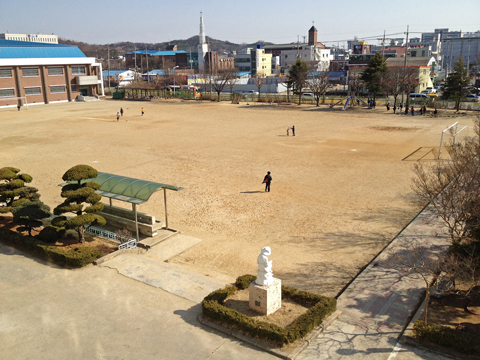 As you can imagine, I was a little apprehensive going into my first proper day of work at my city elementary school, where I teach Monday through Wednesday. The previous Friday Emma and I had taken the bus (without issue!) to this school and met up with my main co-teacher, who introduced me to the principal and showed me to her classroom, where my desk and computer reside. This was comforting, especially as I arrived half an hour early on the Monday morning. I found my way to my desk, but failed to find the light switch, which was hiding in the hallway. Even worse, I couldn't elicit a response from the heating system. My lifesaver in this situation was that the computer at my desk did not have a password and so within minutes I was happily emailing and browsing. It was not until close to 9am that my co-teacher realised we had missed the teachers' meeting at which I was due to be introduced. This did not bother me as I generally like to avoid introductions. We returned to our now warm classroom where I spent the rest of the day occasionally meeting other teachers, rarely seeing any students, and just generally not teaching. At this school English classes do not actually begin until the second week of the semester, hooray! 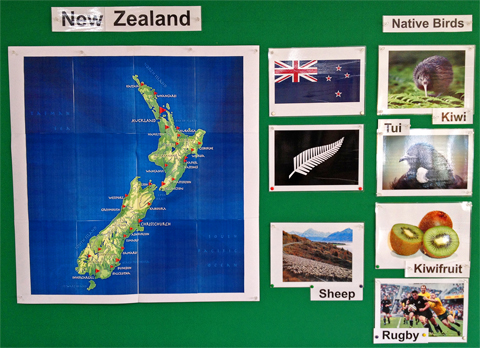 I whiled away the next three days reading through textbooks and scouring online forums for tips on being a foreign English teacher. On Monday afternoon my co-teacher and I set out to open my bank account and hopefully get my cellphone onto a plan. This turned out to be more of an adventure than I had imagined, taking over two hours in total. It was windy and raining, but luckily you never have far to walk in a Korean city to find a bank or telecommunications provider. We took a number in the queue at the bank, which was very busy around lunch time, and sat down in front of a television that was tuned to a news channel. I understood little more than 'Putin'. It was the NH Bank that I signed up with, after spending a decent length of time waiting and then just as long again handing over my temporary alien registration paper and passport, signing in a dozen different places, and putting my pin number in six different times. There was a charge of 1,000 won for a 'check card', which was handed over then and there. Unfortunately there is no money in my account just yet, so I haven’t been able to test out the card. 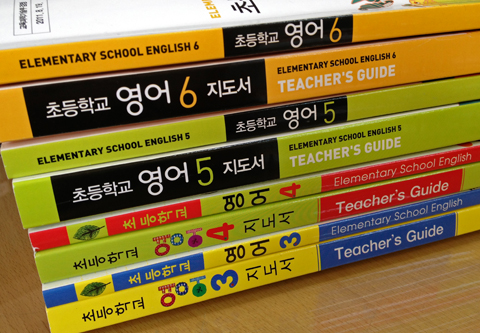 Down the street we found an SK Telecom store. There are literally hundreds of these in Gunsan alone. I handed over my iPhone 4S, temporary alien registration paper, passport, and bank account number. Here the charges were substantially steeper. A 30,000 won registration fee is added onto the first bill, which comes in the mail at the end of the month. In addition to this was a 20,000 won 'foreigner insurance' fee and 10,000 won for a new micro-SIM card, both to be paid upfront. The plan I chose comes in at 44,000 won a month, and that gets me 500MB of mobile data and 200 minutes of calling. It is 53,000 won a month for unlimited data; I may upgrade later, we will see. Don't forget that your cellphone must be unlocked for this transition to be possible. You can of course buy a new cellphone, there are plenty to choose from! I’m glad now to have this paperwork out of the way and unsurprisingly the mobile service is very good. Having access to GPS and bus routes makes exploring new areas much more efficient. 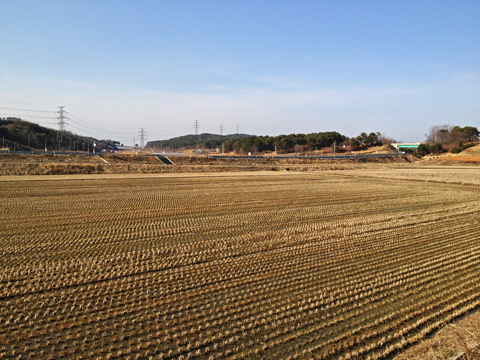 On Thursday morning I was picked up from my city school and driven to my rural school. I was relieved to see it was not quite as far away from our place in Gunsan as I had thought, although the bus ride does take an hour in each direction. It is a true change of pace out there surrounded by farmland. The school is quiet, having only 25 students in total and 12 or so staff. My classes range in size from two to six souls, which allows me to cater to each child individually when teaching. The big difference here is that I take more of a leading role in the classes and need to do some lesson planning and resource preparation ahead of time. With the teacher's guide in hand I was able to knock out a simple outline for each of my four classes in less than an hour. These turned out to contain more than enough content to fill the 40 minute classes I taught on Friday, all of which I felt went well. The kids are friendly and keen enough to speak English with me. As they are beginners it can take an entire lesson just to get through 1-2 sentences, but they still seem to be learning the language faster than I am learning Korean. 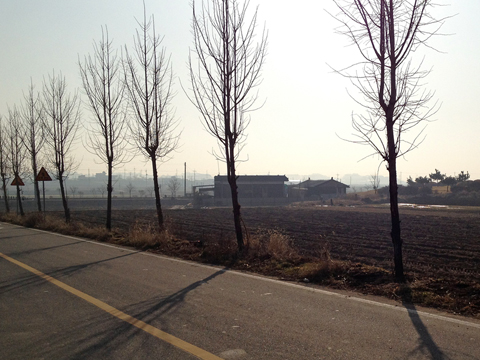 By Smart at 3:21 pm
Email ThisBlogThis!Share to TwitterShare to FacebookShare to Pinterest