Despite having completed a Graduate Certificate in TESOL at university just two summers ago, I was completely unprepared for my first week as an English teacher. On the morning of Monday the 5th a colleague picked me up from our apartment block and brought me to the city school where I am responsible for 16 different classes, Monday through Thursday. Other than the name of the establishment and the fact that I would be teaching middle school students, I had been given absolutely no information. That first morning I was introduced to the principal and vice-principal and shown my desk, which is in the middle of one of two staff rooms. It is a nice desk with a phone, a computer connected to the Internet, and my own set of drawers. The best feature of my desk however is its location, or more specifically who I sit next to. Every EPIK teacher is supposed to be assigned an official co-teacher, somebody who not only takes classes with them but also helps them with out-of-school necessities such as organising bank accounts, phone plans, accommodation, and other things of this nature. Our first few days here were rough for me because the woman assigned as my co-teacher moved out of town before term started and my school neglected to nominate another teacher in her place. After the initial introductions that first morning I found myself abandoned in a big school with no English-speaking allies and no idea who to ask for anything - I didn't even know where the restrooms were. I am so thankful that S swooped in and took on the role of being my co-teacher, out of the goodness of her heart or perhaps simply because it was her bad luck to be seated next to the foreigner. S is also new to the school this year and only teaches one class with me (I have four co-teachers here in total, two of whom I teach with five times every week). 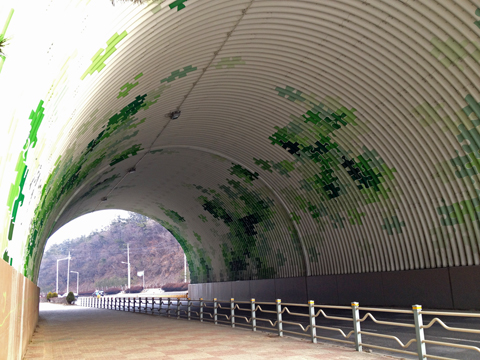 The first two days were very stressful, mostly because I did not know what was going on and, worse still, I did not know what was expected of me. My colleagues seemed to be under the impression that I would already have materials prepared and that I knew how to teach, despite this being the first day and nobody even showing me the textbook, let alone outlining which elements of the curriculum I would be responsible for. Technically I spent some time teaching L2 classes during my university course, but these were small classes of adults - the youngest person I came in contact with was 18 - and the students were there voluntarily. In Korea I am faced with classes of up to 36 bored 15- and 16-year-olds who make no secret of the fact that they would rather be anywhere else. I think teaching these classes would be a challenge for anybody, regardless of the language barrier or confusion about the course work. By Wednesday I had established that I was there just for listening and speaking activities, and I was told that my classes were entirely discretionary and not to be based on the textbook. This sent a wave of panic through me - I had not been invited to sit in on any of the Korean teachers' classes so I had no idea of the general structure or what to expect of the students. We do not go to Seoul for training until March 21st, and I did not have even a rough idea of the students' language level. That night at home I hurriedly made a slide-show of photos about my life and New Zealand so I would at least have something to show the kids and which I hoped would generate enough questions or discussion points to get me through those first classes. 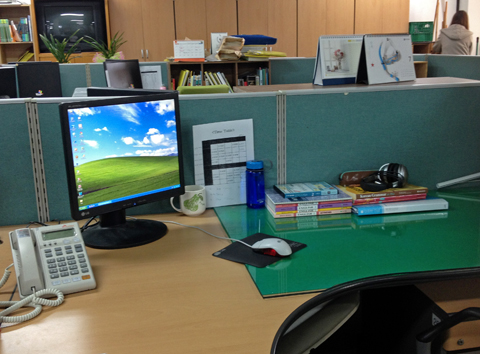 It turns out I may have expected too much. By the time the students get to middle school it seems their English career will have gone one of two ways - either their parents are wealthy enough to send them to after-school classes and they can keep up with the textbooks and possibly even hold a basic conversation, or they cannot afford extra classes and have therefore fallen irretrievably behind. Classes are 45 minutes long, and I was dismayed to learn that my slide-show could not generate anywhere close to the amount of discussion I had hoped for. In an attempt to simply get the students talking so I could assess their level, I set them a basic activity of introducing a classmate, along the lines of "this is Tom, he has two brothers and a dog, his hobby is baseball". Simple, I thought, surely this is much too easy for 16-year-olds. Korean kids start learning English from kindergarten and Stephen has indicated that many of his seven-year-olds can introduce themselves without much prompting. Not so my teenagers. To be fair there were always five or so who could do this no problem and were clearly keen to continue a conversation with me. Unfortunately for these eager beavers the vast majority of students either could not or would not complete the activity. Being teenagers however they were not content to sit quietly when they couldn’t follow the lesson; there was yelling, things were thrown around, the boys started hitting each other. Usual behaviour from teenagers, sure, but nothing I was prepared to deal with. 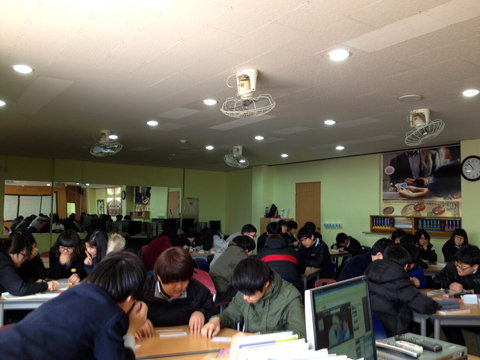 Friday heralded a repeat of Monday. Another colleague picked me up near our apartment and took me to my rural school, where I will teach two second grade and two third grade classes one day a week. As at my city school the English teachers assumed I knew what I was doing and after introducing me to the students my second grade co-teacher actually left the room altogether, leaving me alone with 30 15-year-olds. I played my slide-show; the students were not interested, I tried to get them to introduce each other; this once again largely failed, and yet somehow I made it through the four classes. Between periods one of the staff told me I was to do listening and speaking activities, but that was the extent of my instructions. No hints about the class schedule, which chapters needed to be covered before which exams, what aids I was expected to use, nothing. During the final class of the day the third grade teacher sat at the back and silently observed. Great, I thought, she's going to have a chat with me afterwards and outline my role here. As it turned out I spent the final hour and forty minutes of the day twiddling my thumbs in the staffroom. No feedback, no clues, no nothing. Then I left. 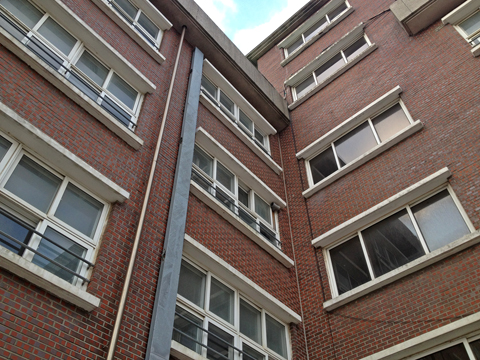 By Em at 5:49 pm
Email ThisBlogThis!Share to TwitterShare to FacebookShare to Pinterest